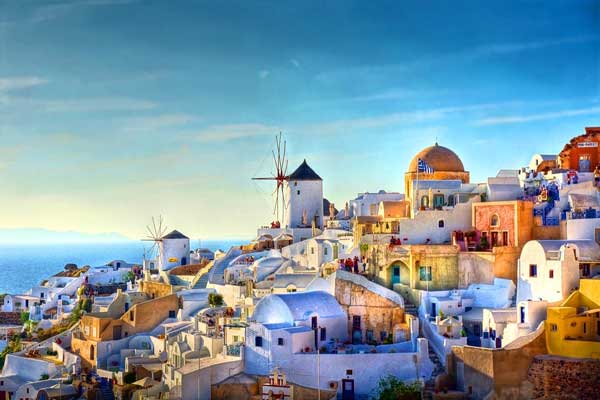 Britons could return for summer holidays in Greece from May using a ‘quarantine passport’ if reports today prove accurate.

The tourism-reliant country is reportedly prepared to waive quarantine rules for tourists who can prove that they have been inoculated against Covid-19.

British tourists could be welcomed to Greece in May provided they can provide proof of inoculation against the virus.

Government officials have told the Greek Ministry of Tourism that Britain’s vaccination process is so advanced that British holidaymakers will save their lucrative summer season, according to The Times.

About two million Britons visit Greece every year, second only to German travellers, spending more than €10 billion. Tourism was responsible for a fifth of the country’s GDP in 2019.

A certification system is being planned, the newspaper reported.

The Foreign Office, Department for Transport and Department of Health and Social Care are working on options for travellers to countries that may demand it as an entry requirement.

Officials are said to be discussing what form of proof Britons will need to show that they have been vaccinated. Holidaymakers will also need to provide a negative test taken less than 72 hours before their arrival in Greece.

The Greek government has scrapped measures introduced last summer under which residents from countries with low Covid infection rates were able to enter the country.

Hotels, restaurants and resorts are hoping for a resurgence of British tourists who are expected to redeem vouchers for holiday packages cancelled last summer.

Grigoris Tasios, president of the country’s hoteliers federation, said: “Greece has long been a favourite holiday destination for the British, and with the rate of inoculations in the UK largely outpacing all others across Europe and beyond, British travellers will be among the safest to travel here by as early as May.”

Tourism ministry officials have aid that the government would subsidise salaries in the industry this summer, but that it has yet to decide when and whether incentives would be introduced to cover hotel reopening costs.

“Essentially we are dependent on the pace of vaccination in our main markets,” he added, noting that Britain and Israel were leading the way.

The development came as the European Union revised its plans on reopening its borders to people from non-member countries. New guidelines said that bans on “non-essential” visitors to the bloc should be lifted only when a country has had no more than 25 new Covid-19 cases per 100,000 population in the previous 14 days.

Register for free: The Future of Travel Spring Forum