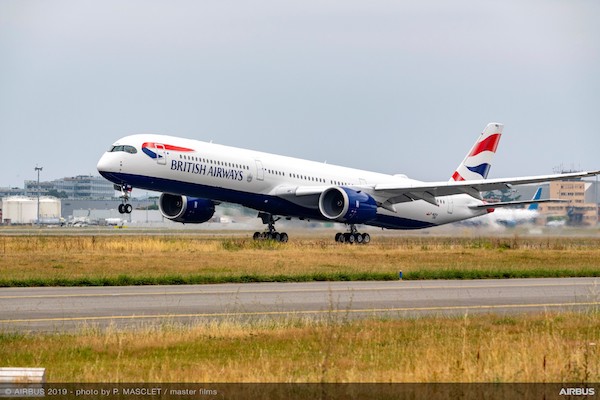 In addition to these arrangements, IAG said it is continuing to explore other debt initiatives “to improve further its liquidity”.

On December 31, 2020, IAG announced that BA had received commitments for a five-year Export Development Guarantee term-loan of £2 billion underwritten by a syndicate of banks, partially guaranteed by UK Export Finance (UKEF).

BA has now reached final agreement with UKEF and the lenders and expects to drawdown the facility before the end of February 2021.

Secondly, BA has agreed with the trustee of New Airways Pension Scheme (NAPS) to defer £450 million of pension deficit contributions due between October 2020 and September 2021.

• The Telegraph reports that BA “is likely to reveal further financial pain when it releases its full-year results on Friday” because of ongoing lockdown measures in the UK.

However, its share-tipping column Questor believes the prospect of a post-coronavirus economic recovery “provides a turnaround opportunity for the carrier”.

“The company’s performance could be further catalysed by the release of pent-up consumer demand that is likely to have grown in size during the pandemic,” said the Questor column.

It noted that business travel may be superseded by video calls in some cases and increasing environmental concerns may dissuade some consumers from holidaying abroad but concluded: “The potential rewards on offer appear to be sufficiently high to merit investment.

“An economic recovery built on rising consumer spending following a period of record saving could catalyse the airline industry. The firm’s financial position suggests it has the means to survive in order to enjoy a turnaround as travel restrictions are rescinded.”