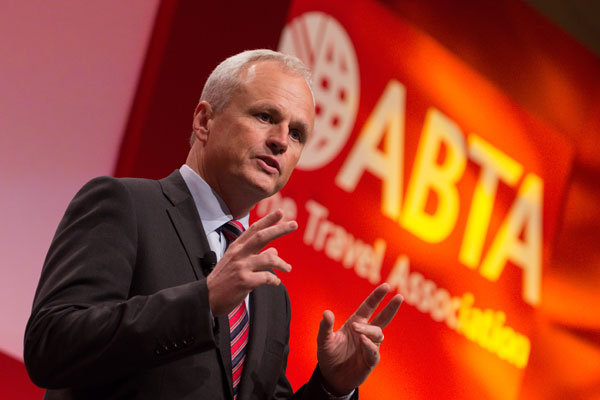 Monarch chief executive Andrew Swaffield appeared at the Travel Convention in Abu Dhabi within hours of announcing a £165 million investment in the group this morning to “thank the trade for supporting Monarch”.

Swaffield told the Convention: “Monarch has always been very dependent on the travel trade. I wanted to say thank you.”

“We’ve had our license renewed and announced a £165 million investment and I’m extremely optimistic.”

The renewal of Monarch’s Atol licence at the end of September was delayed by the Civil Aviation Authority (CAA).

Swaffield said: “The issues with relicensing over the last two weeks have been unfortunate. It had an impact on bookings – more on holidays than flights.”

But he insisted: “Monarch has enjoyed a great relationship with the CAA. The events of the past two weeks have been difficult, but the regulator has a job to do. My job is to make sure we have the right business.”

He said the turnaround at the group had proceed well following the restructure and purchase by Greybull Capital in October 2014, saying: “2015 went well. We delivered a £125 million profit turnaround.

“Things began to turn” following the crash of a Russian holiday jet after departing Sharm el-Shiekh in October last year, apparently brough down by a bomb.

The UK Foreign Office subsequently advised against air travel to Sharm airport, in effect imposing a ban on flights which this remains in place.

Swaffield said: “We’ve had endless terrorist attacks. We’ve had Turkey decimated, down 65%. We’ve had huge capacity into Spain. We’ve seen increases in fuel and ground-handling charges as a result of the fall in sterling following the Brexit vote.

“You can see it reflected in the share prices of the listed companies – it is not just a Monarch issue. But we had to ensure Monarch was properly capitalised.

“We do not expect terrorism to disappear. We don’t expect the pound to suddenly bounce back, and we have the uncertainty of Brexit.

“It is essential we ensured we had the capital in the business to ensure we flourish.”