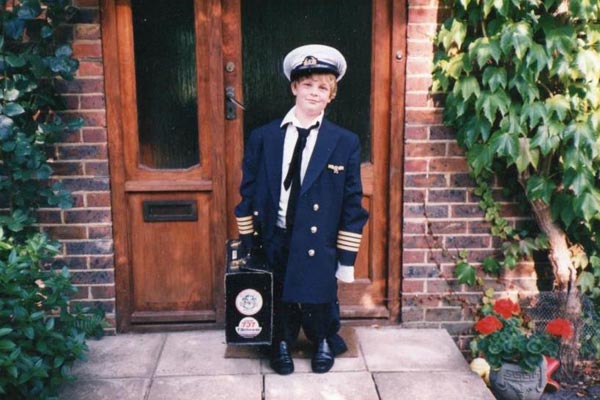 A father and son duo have piloted their first flight together to mark their long-standing service to Thomson Airways.

Richard Hocking, 64, from East Grinstead, is due to retire after 45 years as a commercial airline pilot, 41 of which were with Thomson Airways.

His son, Henry, 33, from Loughborough, has been flying with Thomson for three years, but had never flown with his dad due to a clash in their schedules.

Last week their timetables were switched so they could fly together to honour the occasion.

During the 10-hour flight from Gatwick to Cancun, Mexico, Richard served as captain and Henry as first officer.

“It was a really special moment and I was extremely proud to have Henry beside me – it was the perfect way to mark my retirement,” said Richard.

Henry added: “Flying with my dad has always been a dream of mine, so this has definitely topped the list as a career highlight.”

Richard, a father-of-three and grandfather of one, started flying gliders at the age of 16 before attending the College of Air Training at Hamble where he gained his Commercial Pilot’s License in 1971 aged 19 – making him one of the youngest pilots to qualify in his class.

He joined Britannia Airways in 1975, becoming a captain four years later and during his time with the company helped to introduce the Flight Data Monitoring system.

Henry joined Thomson Airways in 2013 having qualified in 2009 from Oxford Aviation Academy and has flown more than 4,000 hours.

He continued: “Aviation has always been a huge part of our family’s history and my upbringing. In fact one of my earliest memories is being sat in the flight deck with my dad and wanting to press all the buttons.

“My grandfather worked for the Aeroplane and Armament Experimental Establishment and used to take my father to air shows as a child. My mother worked as cabin crew and my brother and sister are also involved in the industry, so flying is clearly in our genes.”

Richard added: “Flying will always be my passion. I part-own a small aircraft at Redhill aerodrome so I will still go up in that from time-to-time when the weather is good.”