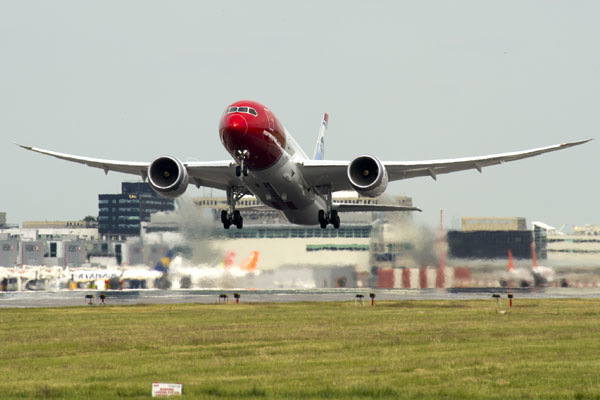 The abandonment of long-haul operations by Norwegian Air with more than 1,100 job losses at Gatwick is a “devastating blow” to the airport’s workers, according to the Unite union.

The union, which represents around 700 Gatwick-based Norwegian Air staff, claimed they were not consulted about the job losses and are owed outstanding wages and redundancy pay.

They must be “the first priority” during the insolvency process of Norwegian Air’s UK arm.

The airline announced yesterday that long-haul flying was no longer viable with its Boeing 787 Dreamliner fleet grounded since the start of the Covid crisis in March last year.

Unite said it was putting emergency measures in place to support staff and assist them to lodge claims with the redundancy payment service as well as launch potential legal proceedings.

Regional officer Jamie Major said: “The collapse into insolvency of Norwegian Air’s UK company, and the resultant 1,100 job losses at Gatwick, are another devastating blow for the airport’s workers, the local community and the aviation industry as a whole.

“Unite is setting up emergency measures to fully support our members at this incredibly difficult time, including help accessing the redundancy payment service and legal assistance for potential claims.

“While coronavirus travel restrictions are certainly the reason for Norwegian Air’s difficulties, poor business decisions in the years preceding the pandemic have not helped.

“The airline’s staff should not be made to shoulder the burden of Norwegian Air’s UK insolvency and must be the first priority during the administration process.”

He added: “For nearly a year, as thousands upon thousands of aviation jobs have been decimated by Covid-19, Unite has warned ministers that the kind of support for the industry seen in competitor nations is desperately needed here.

“It is now absolutely imperative that government steps in with a stabilisation and recovery plan to prevent even more aviation jobs and businesses going to the wall.”

Together with the TUC and all aviation unions, Unite is calling for economic and fiscal measures needed to support the aviation sector.