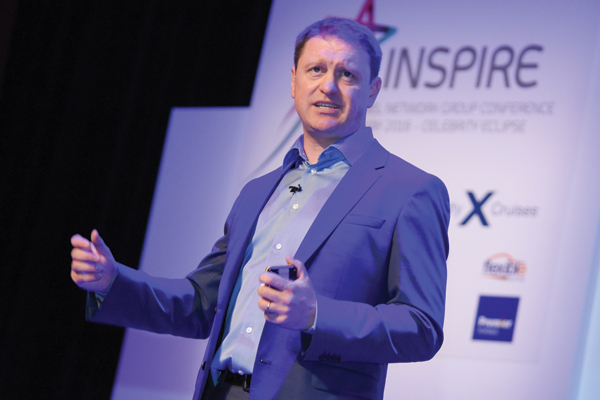 Some travel agents still face a battle to keep their businesses afloat in the first quarter of 2021, according to the chief executive of The Travel Network Group.

Urging the industry to keep making its case to government for sector-specific support, Gary Lewis told a Travel Weekly webcast that the consortium was continuing to advise members who had already explored every avenue to survive the pandemic.

The Travel Network Group is a member of the Save Future Travel lobbying group, which also includes Abta, Aito and a number of other industry associations and consortia.

Lewis said: “[Members] are all absolutely clear on the grants, the loans, the furloughs and all that stuff. Those opportunities have been understood fully and exploited and taken up, so nobody’s missing out on that.

“But of course, there will be people that will not be able to get through January, February, March and April in the long run.”

He added: “Of course I fear [for some of them]. And I know, because I talk to members every single day, where they’re under that stress or strain of cash, and they’re having those conversations with the finance function and with our research people to help them through that.”

Asked if the latest travel restrictions and bans would strengthen the travel industry’s case to government for special support, Lewis said: “This has to add another layer of pressure onto government, when we are the number one affected industry, in the list of all industries that have been hugely adversely affected.

“We have been heard [by government]; they’re just not responding to what we’re saying. So we should keep shouting that. Will they do anything about it? I really struggle to get why the government haven’t done it. We are trying to shame them, by demonstrating what other countries have done.

“We fundamentally have been heard and we’ve been understood; they just don’t prioritise us in the importance of the other things that they are trying to get to. But we should still keep going and keep shouting. This latest development will, of course, help in that noise.”

Lewis said the looming Brexit transition was an “important” concern for members, but not critical compared to the Covid crisis.

“We ask our members to prioritise what’s critical, urgent and important – and Brexit is important,” he said. “But when you’ve got critical and urgent things you’re doing on a daily basis, the you just might not be getting to the ‘important’ stuff.

“We have consistently carried on the conversation with our members about Brexit. We’ve updated them on all the things that they need to think about. But the truth? I believe Brexit is an opportunity.

“If complexity is added into the sales process, then for members who are frontline agents, it gives some more value on why a consumer would come to you. Brexit is going to dampen and slow down demand, so overall it is not a good thing. But in some ways, it could be an opportunity.”

He added: “There are clear challenges specifically for our niche tour operator members around Toms (Tour Operators Margin Scheme) and about contracting overseas, so updating members on that is important.

“But the fact is, if nobody’s traveling for the next six, eight, 10 weeks, and you’re trying to keep yourself alive from cash, then it’s important but not critical.”