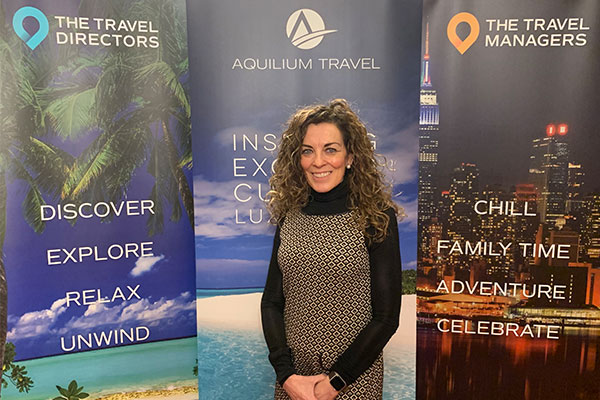 Homeworking specialist Aquilium Travel Group has recruited Jenny Lyons into the new role of head of sales and development.

Lyons has worked outside the industry for a courier firm for the past two months, having been furloughed and then made redundant from Polka Dot Travel in June.

In her new role she will oversee Aquilium’s Travel Directors and Travel Managers brands, as well as new divisions that the group is planning to launch in the New Year.

Chief executive Gary Pridmore said Lyons’ role would involve helping the business development managers to develop the homeworkers so they can get the best from their businesses.

“They have been going through hell and have been on their own and feeling isolated but we are starting to see sales coming through now, and so Jenny will support them so they are ready for the bounce-back,” he said.

Lyons, who previously worked for P&O Cruises, said coming back to travel after two months in another sector was “like coming home”.

“I am looking forward to bringing my experience in leading teams in the past and using those skills to develop our homeworkers. It’s very exciting for me as it will involve coaching, guiding, inspiring and motivating them to make their businesses really successful,” she said.

“It’s been a really challenging time for me. I joined my last job las November, was furloughed in March, made redundant at the end of June, had a month without any work, then managed to get the courier company job at the end of August.

“It was super-busy, it was a new industry, a new way of working and a totally different culture, but I needed to work.”

She added: “It’s great to be back with like-minded people, back in the travel family with a great company and lots of opportunity.”