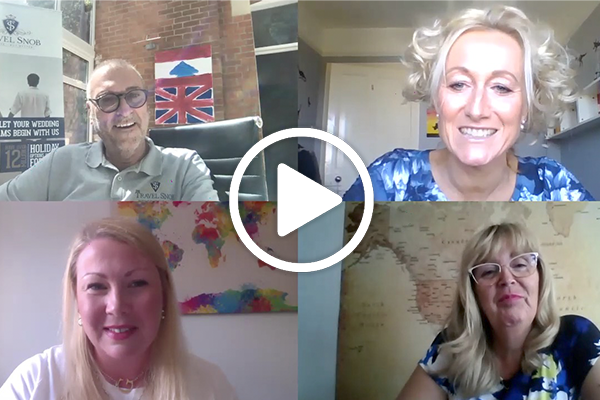 The government must increase its support of the travel industry or it will have to “pick up the bill” for widespread tour operator failures, Aito Agents chairman Gemma Antrobus has warned.

Speaking on a Travel Weekly webcast, the owner of Haslemere Travel said the latest advice change on travel to Spain had “cast doubt in everyone’s minds about travel now” and accused the government of “not joining the dots” in recognising the potential impact of this on its own coffers.

Spain was taken off the quarantine exemption list on Saturday night, with no advance notice to the travel industry, while the Foreign Office is now advising against all but essential travel to the whole of Spain.

If travel advice changes for other destinations in the same way, parts of the industry may not survive and Antrobus warned the government will be left with the financial burden of protecting holidaymakers affected by operator failures.

She said: “If the government is going to continue with this… I’m fine with that but what they need to do, on the flip side, is provide better support for our industry, because they will have no industry otherwise.

“What will happen when the Atol holders fail? The government will have to pick up the bill. Nobody seems to join the dots on all of these situations.

“At the end of the day, the people that are going to be affected are the taxpayers because that’s where it comes from.”

She said a more “targeted” government response to travel in certain, affected regions would make more sense than the current blanket ban on travel to Spain.

She added: “The most frustrating thing about it is the doubt that it causes in everyone’s minds about travel now, because I think we at least thought we were going to build on this list [of quarantine-free ‘safe’ destinations].”

She compared the increase in numbers of Covid-19 cases in parts of Spain as similar to Leicester, where a lockdown was recently imposed. Germany’s response to Spain had been to take a more targeted approach, she added.

“They [Germany] have said you can travel to Spain, but you can’t travel to these areas. And that would have made so much more sense because you understand that. That makes sense. None of us want our clients or anybody to travel to anywhere, they’re going to get sick.”

Antrobus added that there was a misperception that the travel industry was ‘up in arms’ about the Spain advice change because travel firms simply cared about the “bottom line and making a quick buck” which she said was simply not the case.