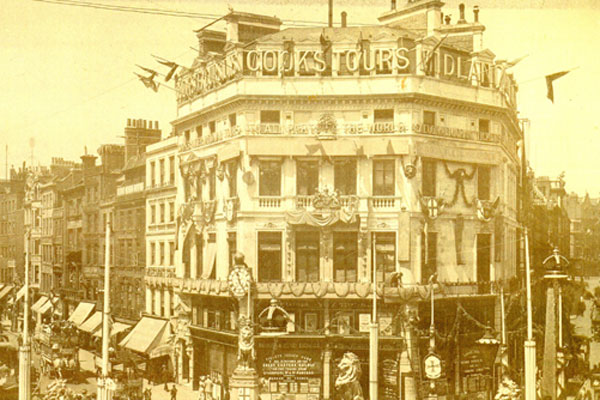 Thomas Cook had a long and colourful history. Over its 178 years the iconic travel brand overcame huge challenges including the Second World War and the recession of the 1970s, and counted Mark Twain, Oscar Wilde, Rudyard Kipling and Winston Churchill among its customers.

The UK’s oldest travel agency brand can also lay claim to a number of travel “firsts”, including producing what was to be the forerunner of the modern brochure in 1851 – a publication called The Excursionist, which included rail fares – and being the first travel agent to sell leisure trips by air in 1919.

Who was Thomas Cook? 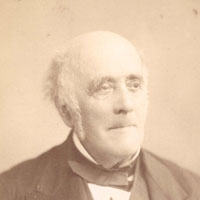 s Cook, a former Baptist preacher, organised the first excursion on a steam train from Leicester to Loughborough for supporters of the teetotal Temperance Movement.

By 1855 he had started to organise trips overseas.

Thomas Cook was a social idealist. When he created the travel company, his goal was to improve society.

Thomas Cook CEO: Every avenue and beyond explored to try to save business

Thomas Cook archivist Paul Smith told Travel Weekly in 2016: “For Thomas Cook, travel was about social improvement. If people drank less, became better educated and did more with their time and money, society would benefit. Travel was a catalyst for improving society.

“If he could persuade trains to offer cheaper fares, he could promote them and enable more people from a lower class, the middle classes, to travel. In those days people did not travel for leisure; only those who were very wealthy. He was trying to make travel easier, cheaper and safer.”

When Cook opened his first shop, Thomas Cook & Son, at 98 Fleet Street, London, in 1865, he claimed to have booked one million passengers on his trips.

The shop sold railway tickets, tours, including to Paris, Italy and Switzerland, as well as luggage, guidebooks and telescopes.

Thomas and his son John Mason Cook both died during the 1890s and the business was inherited by John’s three sons: Frank Henry, Ernest Edward and Thomas Albert.

In the first quarter of the twentieth century Thos Cook and Son dominated the travel market.

But in 1928, Frank and Ernest sold the business to the Belgian Compagnie Internationale des Wagons-Lits et des Grands Express Européens, which operated  the Orient Express.

During the war its Paris headquarters were taken over by occupied forces and the business came close to collapsing. Its assets were requisitioned by the British government and it was later sold to Britain’s four main railway companies.

When these were nationalised Thomas Cook became state owned in 1948.

The business went on to flourish in the post-war boom and in 1965 reported profits in excess of £1 million.

In 1972 Thomas Cook became privately owned again and went on to survive the recession of that decade which had laid claim to a number of travel firms.

In the 1980s and 1990s Thomas Cook grew its long-haul touring programme, and expanded its retail network.

Six years later in 2007, Thomas Cook Group was formed by the merger of Thomas Cook AG and MyTravel Group plc.

It went on to sign a joint venture with The Co-operative Group increasing its shop network to 1,200. Thomas Cook’s Going Places branded branches were rebranded under the Co-operative’s brand.

More recently, Thomas Cook has faced competition in the package holiday market from the likes of Jet2holidays, which became the second-largest Atol-holder in the UK in 2017 – a spot held by Cook for years.

It closed several hundred shops over the last three years with its store network reduced to around 550.
It began expanding its own-brand hotel portfolio hoping it would build future success.

But last summer’s extended heatwave, Brexit and a £1.1 billion write-down of its MyTravel business in May this year have contributed to its eventual demise.

Thomas Cook CEO: Every avenue and beyond explored to try to save business