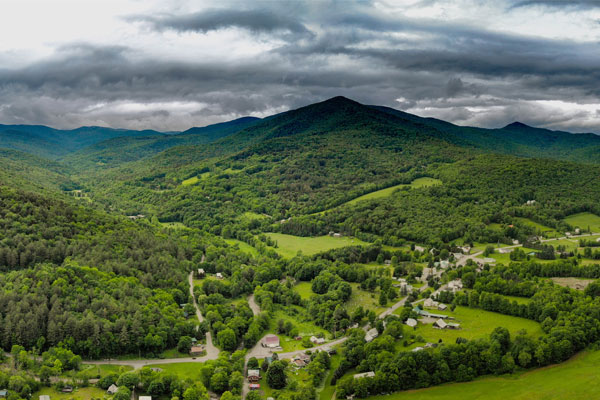 It’s known for its fall foliage and winter skiing, but leafy Vermont is just as lovely in summer, finds Ellie Fazan.

“We did not vote Trump,” is the first thing that bartender Archie says as he pours a beer in the von Trapp Brewery. Yes, those von Trapps. Enchanted by Vermont’s alpine beauty, they settled here in 1941.

In fact, it’s the first thing almost everyone says to us. In the gift shop in Stowe – a perfectly pretty New England town with characterful wood-panelled houses and a river running through it – Trump pin dolls are for sale alongside local honey and award-winning cheeses. Perhaps that’s not surprising, since it is the home state of Democrat Bernie Sanders, and has been reliably blue since the election of Bill Clinton in 1992.

The other common thread is the locals’ liking for Vermont’s warmer months. Archie came skiing in 1972 – and never left. “Now I prefer the summer. The weather is perfect.” Audra, the owner of Commodities Natural Market in Stowe, used to rent a ski cabin up here in winter, but a summer visit persuaded her to move. “We ski, hike, swim, ride, skate, camp,” she says. “In Vermont, it’s not about what you do for work but what you do out of work.”

There are hundreds of hectares of rolling green pastures and lush woodland – a veritable feast of Canadian sugar maple. Billboards are illegal, because they spoil the view. “In autumn, the foliage is spectacular. Of course, we can’t say we have the best maple syrup in front of our neighbours from the north. But we do,” says Archie. Behind him, huge glass windows frame the dramatic ridge of the Worcester Range.

Here, you’ll find craft breweries rather than fast-food chains – Montpelier is famously the only state capital without a McDonald’s – a surprisingly low crime rate, and an environmentally friendly ethos everywhere you go. “There’s no rush, nowhere to go,” adds Archie. “We just bumble along.” 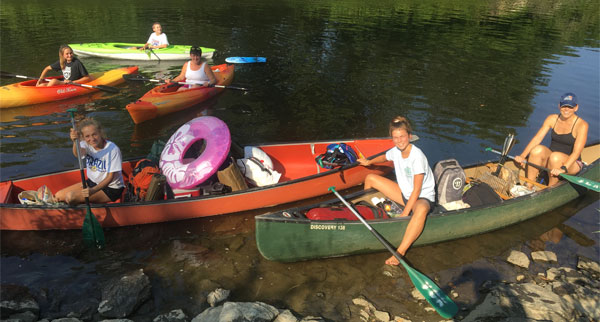 Driving in Vermont is joyful. The roads dip and curve through bucolic countryside, and there’s barely any traffic. Pull up off the scenic Vermont Route 15 at Sterling Ridge and take to the water with Vermont Canoe & Kayak.

A 90-minute trip down the Lamoille River is so gentle that we managed to eat giant sandwiches – stuffed with locally cured ham and lashings of mustard – as we paddled. Self-guided kayak rental is $40 a day, while a guided morning river kayak costs $55. The most popular option is a water and wine tour that ends at a local winery (from $65).

For a slightly more high-octane experience, head to Stowe Mountain Resort, where the ZipTour Adventure allows you to whizz over the forest canopy at up to 60mph. Once harnessed up, you board the gondola to the top of Mt Mansfield, where two side-by-side lines descend the 10,193 feet to the resort, meaning you can ride – or race – with a companion. Since pull-down handle bars allow riders to control their own pace, I doubt that I reached the speeds advertised, but it was thrilling nonetheless.

Located on the spot of Stowe Mountain Resort’s first ski lodge, Ranch Camp is more than just a bike-hire shop. It gives access to the Cady Hill trail network, with rides suitable for beginners and more advanced mountain bikers. After a sweaty climb through the forest with just one scraped knee between us – mine – we’re rewarded with an amazing view glimpsed through the trees, and lunch.

Sweaty, muddy and ever-so-slightly bloody, we head off in search of Warren Falls on the Mad River, for a cooling and cleansing dip.

Much like Vermont itself, this river flows against the grain. Hidden by trees, a collection of waterfalls, natural slides and jumping-off points surround the deep, blue pools. I queue with a bunch of kids (and a dog) to jump 10 metres into the icy water below. Families picnic, big kids holler and smaller ones splash in the shallows. And in one corner, a woman in a  stars-and-stripes bikini has  brought her iguana for a swim. 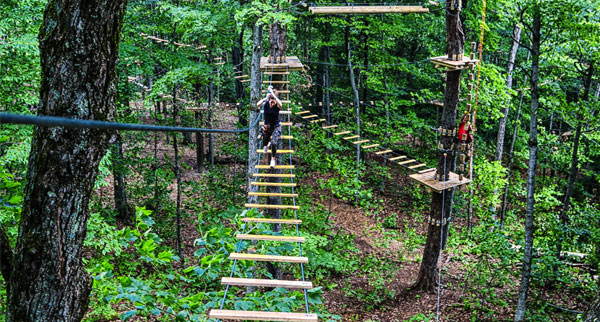 “I think of the warblers as hidden jewels in the vegetation,” says New England Bird Tours’ Dr David Hof. As a tiny, jewel-coloured bird darts out of the bushes, he adds in hushed, excited tones: “There it is. That’s my bird.”

I’ll be the first to admit that an afternoon spent twitching isn’t normally the kind of thing to get my heart racing, yet here I am straining to hear the trills and peeps of the little bird’s song, eyes keenly peeled to see it dance in and out of the foliage. David’s enthusiasm is so infectious, I find myself holding my breath in anticipation.

Weighing in at just 10g, the warblers are a far cry from North America’s most famous bird, the golden eagle – found in abundance around Vermont’s Lake Champlain – but they are spectacular in their own small way.

“The black-throated blue warbler is my favourite,” adds David. “They have a lot of personality. I like how they move and forage. I love the way they build their nests, lined with moose hair to make them soft. And I love their habitat: dense green, peaceful forests.”

As we wind our way back along the Catamount Trail – an easy walk for anyone – ducking under and climbing over branches along the way, one has to concede that it’s been a glorious afternoon.

Of course, there are plenty of more strenuous hiking trails in the area, and once the winter snow melts, there’s a network of well-mapped walks connected by cable cars all over Jay Peak. From the top, you can look across into Canada. 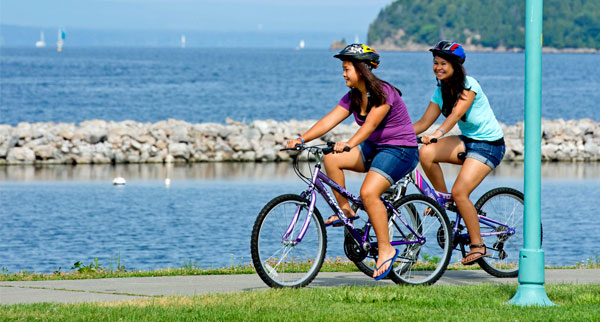 For wet-weather days, there’s a vast water park, so direct thrill-seekers to La Chute, where riders drop vertically from a height of 20m, before being spun and spilt out into the foaming water below. There are three other slides, as well as a wave machine and a lazy river to ride around in giant inflatables.

Our final days in Vermont are spent in Burlington, riding round the traffic-free streets to explore its breweries and bakeries and swim in its lake. At Zero Gravity, a craft-beer house on the outskirts of town, we sample a Bernie Weisse – “a slightly sour and forward-thinking beer”, according to our guide.

And then, as we’re going through security at the airport, we spot the man himself. Bernie Sanders smiles and waves. Yet another Vermonter who didn’t vote Trump. 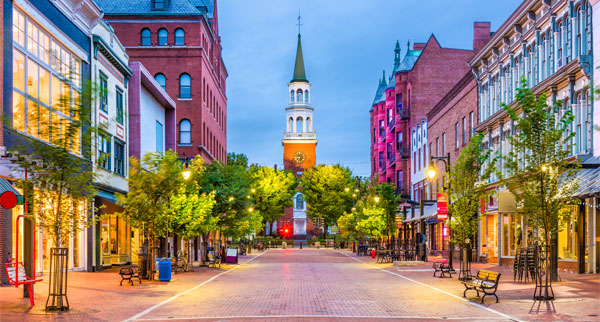 Sun & Ski Inn is a family-run hotel in Stowe with bowling and miniature golf on site. A night in a Superior Room, right on the riverside, starts at $135. sunandskiinn.com

Hotel Jay at Jay Peak is at the other end of the scale, in terms of size, with its own cinema, ice-skating rink, water park and 16 restaurants.
jaypeakresort.com

In downtown Burlington, Hotel Vermont is a stylish property offering bikes that can be borrowed and live music in the lobby. A bed-and-breakfast package starts at $339 for a night for two in July.
hotelvt.com

Mountain getaways in the US