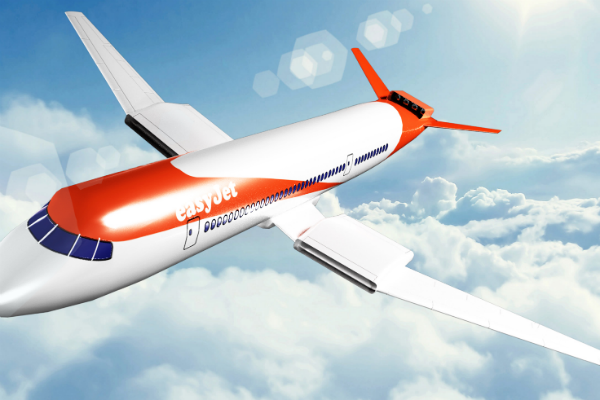 Electric aircraft ‘flyways’ on key short-haul routes such as London-Amsterdam could be established under future easyJet plans.

The idea emerged as partner and US start-up company Wright Electric started work on an electric engine to power a nine seat aircraft.

Wright Electric partner Axter Aerospace already has a two seat type flying, and the larger aircraft is expected to take off next year.

The prototype propulsion system for the nine-seat aircraft is four times more powerful than the system installed on the two-seater.

Work will commence on an easyJet-sized aircraft by specialist aviaition designer Darold Cummings.

Wright Electric has also filed a patent for a motor that will be used in the larger aircraft.

The development suggests that the transition towards an all-electric commercial passenger jet capable of flying passengers across easyJet’s UK and European network is in sight.

London-Amsterdam is Europe’s second busiest route with a strong demand for day return trips, potentially making it an ideal route for all electric flights, what the budget carrier describes as an electric ‘flyway’.

EasyJet CEO Johan Lundgren said: “We know it is important to our customers that we operate sustainably and with the introduction of A320neos, we can already provide a 15% reduction in carbon emissions and 50% less noise footprint, putting us amongst the best-ranking airlines in Europe.

“Looking forward, the technological advancements in electric flying are truly exciting and it is moving fast. From the two-seater aircraft, which is already flying, to the nine seater which will fly next year, electric flying is becoming a reality and we can now foresee a future that is not exclusively dependent on jet fuel.

“The target range of the electric plane is around 500 kilometres which, within our current route portfolio, would mean a route like Amsterdam to London could become the first electric ‘flyway’.

“And as it is currently Europe’s second busiest route, this could in turn offer significant reductions in noise and carbon emissions, with multiple take offs and landings every day.

“We think the Netherlands has an opportunity to lead the way if the government and airports encourage airlines to operate in the most sustainable way now and in the future and incentivise them through a different and lower charging structure.”

Wright electric CEO Jeffrey Engler added: “We are excited about what the next year holds. EasyJet has been a fantastic partner, and we look forward to helping introduce low-emissions low-noise aviation to Europe.”

EasyJet carried 22 million passengers since its first flight from Amsterdam to London in 1996, now running up to 22 flights a day.

With an average of 1.8 million passengers a year and a record high load factor of 93% on the route, the airline, soon to be the largest A320neo operator in Europe, will encourage airports to promote initiatives to attract the quietest and cleanest aircraft.

More: Loganair bids to be pioneer of electric aircraft