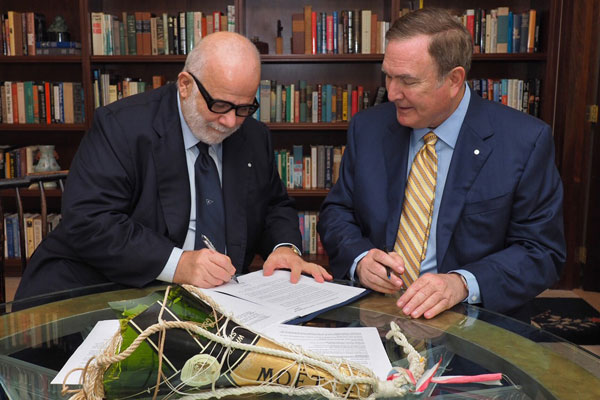 Silversea has agreed two deals to build three new ships, including one vessel which will operate around the Galapagos Islands.

The line, which joined Royal Caribbean Cruises earlier this year, has signed a memorandum of understanding with German shipbuilder Meyer Werft for two new luxury Evolution class ships. The first is expected to be delivered in 2022.

The new ship is slated for delivery in March 2020.

Manfredi Lefebvre d’Ovidio, Silversea’s executive chairman, said: “With our guests in mind, we are pushing the boundaries of ultra-luxury cruising, as well as expedition cruising in the Galapagos Islands and beyond, redefining the concept of immersive travel.”

Richard Fain, chairman and chief executive of Royal Caribbean Cruises, said there was “tremendous potential” in the ultra-luxury and expedition markets of the cruise industry.

The agreements are subject to certain contingencies which are expected to be completed in the first quarter of 2019.

At the time of the purchase, Fain called Silversea “a crown jewel” and “acknowledged leader in luxury and expedition”.

He later said Royal Caribbean Cruises’ majority stake in Silversea would “create opportunities” the line could not do on its own.