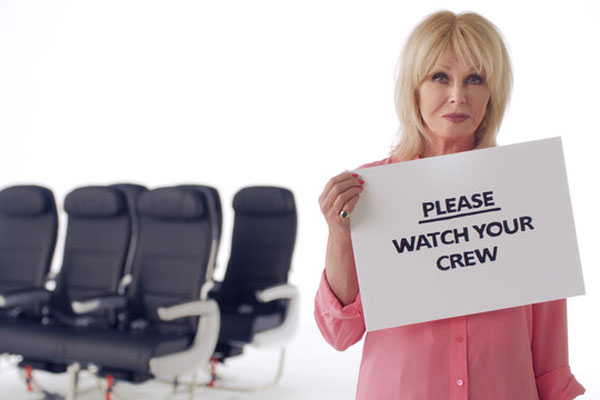 They are under the watchful eye of comedian Asim Chaudhry, who attempts to direct their every move.

The new film builds on the success of the first instalment, which featured the likes of Gordon Ramsay, Sir Ian McKellen and Thandie Newton, and has been seen by passengers nearly 25 million times.

The new, which appears on short-haul flights in July and long-haul from August 1, video promotes the Flying Start children’s charity partnership between BA and Comic Relief.

Flying Start saw a 20% increase in donations to Comic Relief after the release of the first safety video.

“The first video was a huge success, making customers laugh all around the world, while also helping them to take in those all-important safety messages pre-flight.

“Our first video was seen by customers nearly 25 million times so it’s a great way to promote Flying Start, our global charity partnership with Comic Relief.

“Thanks to our generous customers and colleagues we’ve raised over £19 million for Comic Relief over the past eight years and we hope this video will help us to grow our total even further, as we support great causes at home and around the world.”