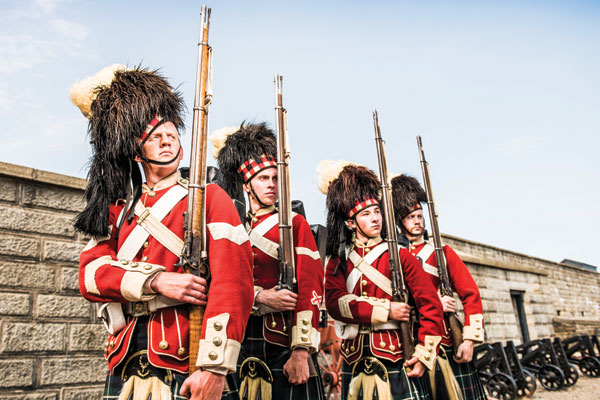 It’s the capital of Nova Scotia, but this seafaring city has all too often been relegated to the status of overnight stop en route to the rest of Atlantic Canada – but not any more.

Soaring visitor numbers are a clear sign that Halifax is now a destination in its own right. From its maritime history to its museum of immigration, this city, lapped by the waves of the Atlantic Ocean, has played a pivotal role in shaping Canadian culture.

If you’re stuck for ideas for how to add a couple of nights to any Atlantic itinerary, check out our guide to what to do in a weekend.

10.00: Mingle with locals over a late breakfast at Halifax Seaport Farmers’ Market, North America’s oldest continually operating farmers’ market. You’ll find delicious, local cuisine (make a beeline for Julien’s Pastry Shop – you won’t regret it) along with a wide range of handicrafts, including sea glass jewellery and watercolour paintings. For a blast of sea air, head to the rooftop, where you’ll find rainbow-hued Adirondack chairs. 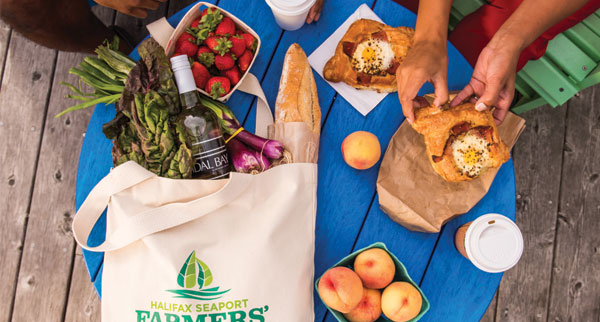 11.00: Wander along the nearby boardwalk and you’ll find some of Nova Scotia’s best museums and galleries. It’s home to the Halifax ferry terminal (the regular service to Dartmouth, across the water, is North America’s oldest saltwater ferry service). But stick to the boardwalk to learn about Halifax’s past at the Maritime Museum of the Atlantic, where exhibits focus on everything from the Titanic (many victims were buried in Nova Scotia) to the Halifax explosion, which flattened the city in 1917 when a munitions ship collided with another vessel in the harbour, resulting in one of the biggest explosions in history.

Equally fascinating is the Canadian Museum of Immigration at Pier 21, located on the National Historic Site which was the gateway for one million immigrants between 1928 and 1971. 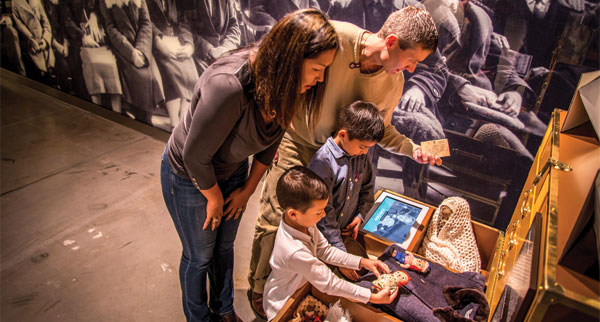 13.00: Time for lunch, served with a side order of people watching. Stayner’s Wharf Pub & Grill is famous for its clam chowder and there’s a spacious outside terrace, just off the boardwalk. Once you’ve had your fill of seafood, treat yourself to dessert at nearby Cows Ice Cream (look out for the enormous Friesian outside). It’s a Halifax institution; on sale is a wide range of Cows-themed merchandise (little ones will be smitten with the MooTube kids’ T-shirts), as well as the famous ice cream. Popular flavours include Cownadian maple and Prince Edward Island strawberry.

14.30: Burn off that ice cream with a paddle around Halifax harbour. Kayak Halifax offers a wide range of excursions, but the two-hour Exploratour fits in best to a short break. You’ll learn about Halifax’s architecture, meet some of the wildlife – seals and porpoises regularly put in appearances – and enjoy a new perspective of Nova Scotia’s capital.
kayakhalifax.com 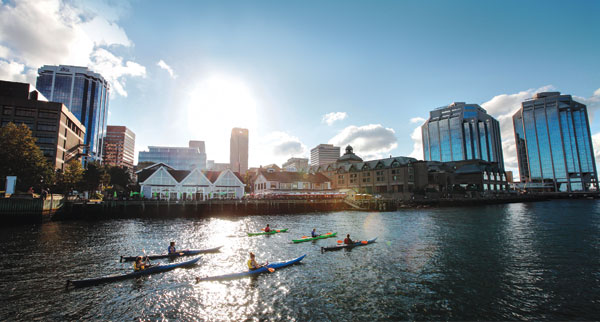 17.00: Back on dry land, channel your inner art buff with a visit to the Art Gallery of Nova Scotia, where you’ll find 17,000 works of art. There’s an emphasis on pieces by local artists such as Maud Lewis, so be sure to check out her colourful paintings of Canada’s wildlife. You can also admire her former home; after Lewis’s death her tiny, brightly-painted house was restored and donated to the gallery, and it’s now one of the exhibits.

19:00: Dinner time! A huge number of young, innovative chefs have set up shop in Halifax. Craig Flinn is head chef and owner of the recently-renovated Chives Canadian Bistro, where diners sit at candlelit tables and the wine is stored inside a former bank vault. The focus is very much on local produce, and staff are on first-name terms with the suppliers who provide everything from the wine to the seafood. 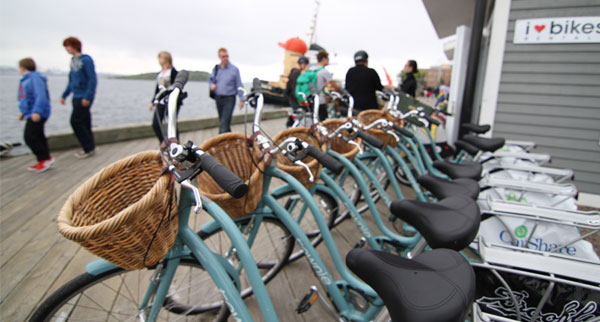 09.00: Time for a bike-based exploration of Halifax. Pick up your wheels from I Heart Bikes, a bright yellow shipping container-turned rental shop on the waterfront. Start with a gentle pedal to Humani-T, which specialises in tea and gelato. Afterwards, walk around Halifax Public Gardens, just across the street. This flower-filled park has squawking geese, babbling brooks and pretty Japanese-style bridges. Look out for the Titanic replica floating in the duck pond.
iheartbikeshfx.com

11.00: Cycle over to Point Pleasant Park. There are 25 miles of hiking and cycling trails and it’s surrounded by the ocean on three sides, so the views are spectacular. If you’re feeling brave, head to the swimming beach for a dip in the clear but cool water. The park, which contains the ruins of several forts, is actually owned by the British. Halifax rents the site from the British government for one shilling a year.

13.00: Time to admire some of Halifax’s finest architecture. Start with a pedal along South Street, home to Shirreff Hall, a beautiful stone building which is the home-from-home for Dalhousie University’s students. Equally spectacular is the university’s Forrest Building, with its fortress-like tower. From there, head to Young Avenue, the city’s most sought-after residential address. Here, pastel-hued clapboard houses are shoehorned alongside minimalist cubes. One of the oldest properties is the George Wright House, otherwise known as the Titanic House. It was once owned by Halifax philanthropist George Wright, who had the misfortune of booking a cabin on the Titanic for the return leg of a business trip. His body was never recovered but his will stated that the property should be left to Halifax’s Local Council of Women, and they’re still based there today. 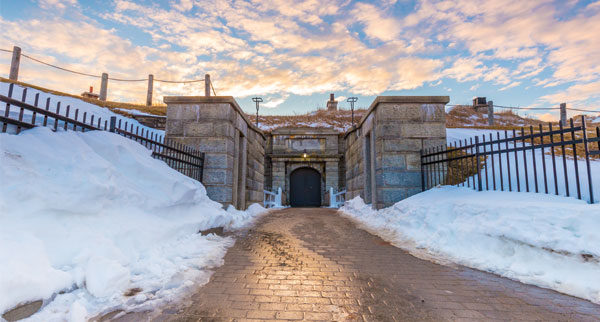 15.00: Get the blood flowing again with a cycle uphill to Halifax Citadel. The British Military founded the city here in 1749, and the first building to be constructed was a wooden guardhouse, a base for the soldiers tasked with defending the harbour. It was eventually replaced with an enormous star-shaped fort, officially known as Fort George and now a living museum. There are regular re-enactments and daily guided tours, and younger visitors can sign up for a three-hour Soldier for a Day programme. The rather dramatic changing of the guard – think bayonets and lots of stamping – takes place hourly.

16:00: Ditch the bike and take a stroll down Barrington Street. Halifax’s largest shopping centre is outside the city centre, but Barrington Street has the quirkiest shops, including Freak Lunchbox, which stocks everything from classic American candy (who doesn’t love a Reese’s Peanut Butter Cup?) to more-unusual confectionery – Toxic Waste Sour Candy, anyone? Spring Garden Road, which overlaps Barrington Street’s southern end, is also a great place to offload some dollars. You’ll find 200 mostly independent stores alongside some fantastic bars and cafes. 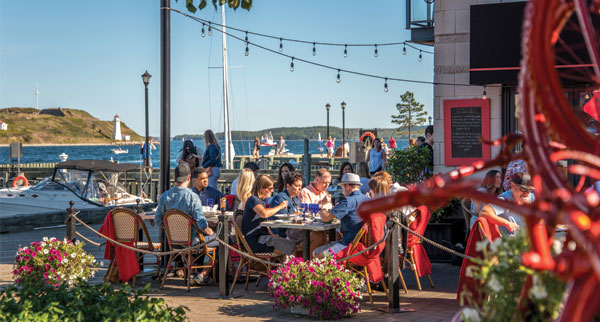 18.00: Make your final meal in Halifax a great one and head to The Bicycle Thief, a cool-but-casual restaurant where chandeliers are made from bike wheels and the menu’s divided not into courses but first, second and high gear. Meat and seafood dominate, with the lobster rolls said to be the best in Nova Scotia.

19.00: Mingle with the locals at Bearly’s House of Blues & Ribs on Barrington Street. The regular live shows take in everything from bluegrass to comedy, and energetic karaoke sessions. The best bit? Even the worst singers in the world will still get an enthusiastic round of applause. Only in Halifax!

“One of the easiest places to get to in Canada, Halifax is the gateway to Nova Scotia, but also a great city to visit in its own right. The bustling waterfront has a fine range of shops and restaurants, as well as some great museums. Halifax also has more pubs and clubs per capita than almost any city in Canada – what more can you ask of a city just six hours away?”

Travel 2 has a four-day Essential Halifax tour with Air Canada flights from Heathrow, three nights’ accommodation and a whale-watching and wildlife-viewing boat tour from £699, valid for travel between May 31 and July 4.
travel2.com